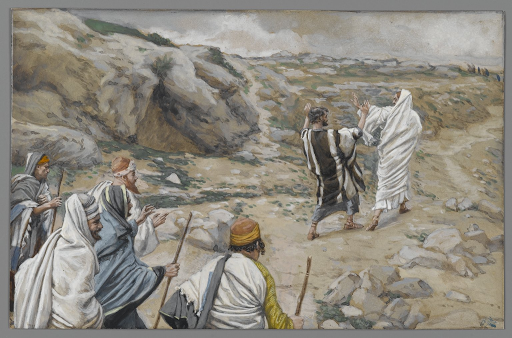 From then on, Jesus began to tell his disciples that he, the Son of Man, was destined to go to Jerusalem and suffer great injustice from the elders, leading priests, and religious scholars. He also explained that he would be killed and three days later be raised to life again.  Jesus opened his heart and spoke freely with his disciples, explaining all these things to them.

Then Peter took him aside and rebuked him.  But Jesus turned around, and glancing at all of the other disciples, he rebuked Peter, saying, “Get out of my sight, Satan! For your heart is not set on God’s plan but man’s!”