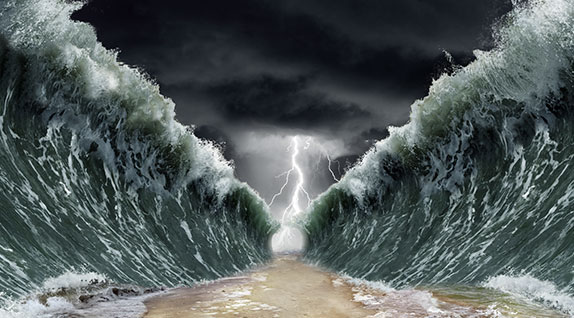 God’s Plans for America Have Not Changed
-Dutch Sheets

The corruption and evil IS going to be exposed in America. I believe God will uncover what is hidden in darkness and the exposure is going to happen. God is going to reveal fully, not only what took place in this election, but many other aspects of the deep state and corruption in our land. I fully believe God will not allow everything to stay hidden but that evil will be brought to light.

Here are seven reasons why I think sarcasm is unhealthy and wrong.

My grandparents would often ask why I wasn’t dating in high school. I explained what courtship was and quoted Joshua Harris, chapter and verse. Their response surprised me.

“I don’t think courtship is a smart idea,” my grandfather said.

“How can you tell who you want to marry if you aren’t going out on dates?” my grandmother wondered every time the topic came up. I tried to convince them but to no avail. They both obstinately held to the position that courtship was a foolish idea.

Thoughts on the 1776 Commission and Its Report
-Victor Davis Hanson

The newly formed President\’s Advisory 1776 Commission just released its report. The group was chaired by Churchill historian and Hillsdale College President Dr. Larry P. Arnn. The vice chair was Dr. Carol M. Swain, a retired professor of political science. (Full disclosure: I was a member of the commission.)

The unanimously approved conclusions focused on the Declaration of Independence, the Constitution, the historical challenges to these founding documents and the need for civic renewal. The 16-member commission was diverse in the widest sense of the familiar adjective. It included historians, lawyers, academics, scholars, authors, former elected officials and past public servants.

Whether because the report was issued by a Donald Trump-appointed commission, or because the conclusions questioned the controversial and flawed New York Times-sponsored 1619 Project, there was almost immediate criticism from the left.

Yet at any other age than the divisive present, the report would not have been seen as controversial.

Having met with many of the top-level key DC players (including Durham inc) in the “Spygate” investigation/review or (__fill in_ the blank_with whatever name you need), here’s the ugly truth.  The staff of the legislative bodies have/had no intent to actually facilitate any sunlight upon the FISA, DOJ-FBI corruption that took place over three years.
How do I know that?
Well, first having sat in a room with the legislative staff, top people who actually write the briefs and inform both congressional representatives on House Committees and Senate Committees, including the chiefs-of-staff for the chairs, it was clear they did not even know the information from within their own research when spread over time.  Accepting this reality leads one to a natural conclusion… they don’t know, because they choose not to know… & they choose not to know, because everything is a pantomime for public display.

For the past year, defenders of the FBI have consistently downplayed the significance of an FBI staff lawyer falsifying evidence in the government’s investigation into Donald Trump’s relationship with Russia. They argue Kevin Clinesmith’s crime of altering a CIA document to obscure the fact that former Trump campaign aide Carter Page worked for U.S., not Russian, intelligence was a rare lapse in judgment by an overworked bureaucrat. It was not, his apologists say, part of any broader conspiracy to conceal exculpatory information from surveillance court judges, who never learned of Page’s history with the CIA before approving FBI warrants to wiretap him as a suspected Russian agent.