Is it time to ditch the sermon?

I’ve long been a critic of the western Protestant church’s reliance on sermons as a means of teaching and discipling. (My page on why sermons are a poor choice has had over 7400 views since 2011.)

Numerous studies have been done of how our brains process information, and it turns out that lectures and sermons don’t fit the brains we have.

There are many better ways to teach and encourage via active learning and transformational teaching:
This doesn’t mean that we should NEVER have sermons. Sometimes (e.g. when there is a visiting expert or a specially important topic) then a monologue talk may be the most suitable option.

You\’ve probably heard the terms \”intersectionality,\” \”white privilege,\” \”white fragility,\” \”heteronormativity,\” and \”antiracism.\” But you may not be familiar with the insidious social philosophy from which these terms are derived: critical theory. Today Christian apologist and theoretical chemist Dr. Neil Shenvi joins Allie to break down the complexities of critical theory and the ways it\’s destroying cultural dialogue and infecting the evangelical church.

R. Loren Sandford with the Daily Word in the Crisis

From the time this Corona Virus thing has been going on, my prophetic alarm bells have been going off.  From the beginning, I have known in my spirit that something is very wrong.  I\’ve felt a demonic presence and purpose behind this whole thing.  And I know the narrative being promoted is laced with lies and distortions.  It\’s not about a virus.  It\’s not about protecting the population from a deadly pestilence.  It\’s about control….

A senior administration official who spoke to UncoverDC expressed serious concern about politicization at the CDC, saying “We have scientists who are working against the release of diagnostics that will help heal the American people, and we in the administration are concerned they will do the same thing with a vaccine. CDC has been doing studies and presenting analysis that is designed to hurt the President. They are laying out junk science, that is designed to discredit the President, and they are putting out reports that are designed to frighten the American people. They are leaking, they are talking to the media, and removing data from the website and doing whatever it takes to interrupt the Presidents coronavirus response.”
When the pandemic began, the CDC was using an antiquated system to track infectious disease. The official we spoke to told this reporter that the CDC was hesitant to upgrade their systems, and when the Trump Administration made the decision to move data collection from the CDC to HHS, the CDC removed all hospitalization data from their website indiscriminately, and not at the direction of HHS or anyone else, as has been insinuated elsewhere. The official told us “CDC had all of the data and didn’t put it up, because they were mad. CDC has been ordered to continue providing the data; as an operating division of HHS, they must comply. Now, everyone is operating from the same database, it real time and complete.”
Addressing the issues with the data collection process from the start, UncoverDC was told “Before COVID struck, there was an outdated system that was monitoring infectious disease. This outdated system was still operating via fax in many cases. When COVID hit, the CDC resisted modernizing their database to provide COVID information that was necessary to save lives. When asked to improve their database they would give timelines in the weeks not in days. In the end, they were just unable to keep up with the pandemic.”
The official added “They were just too slow, and too unconcerned with improving. They were the anchor dragging behind.” When asked whether the serious issues encountered at the CDC are purposeful, the official stated “In many cases this is purposeful. There are people who hate Donald Trump more than they are committed to their duties as doctors and scientists.”

streiff at RedState added this commentary to Tracy\’s piece:

To me, this makes perfect sense. I have worked in the CDC and seen the politicization up close. It is a hotbed of progressive activity. It also has more than its share of idiots. And 90% of the people who work there should be named Karen. They desperately want to manage your life. They want to tell you what to eat, how much to eat, how much exercise, that you can’t own a gun. And they’ve learned, over time, that be declaring something an ‘epidemic’–here, think obesity–they gain a very loud voice.
By controlling the Wuhan virus data collection, they could manipulate the numbers of cases. And by focusing on the number of cases rather than useful metrics, to make it appear that the problem is much more severe than it really is. Why? The aggrandizement of power (are you wearing a face mask? are you keeping six feet from other people?) and as a way to damage a president, they intensely dislike.
I really hope that after the election that President Trump goes full-metal Michael Corleone and cleans up the incompetent and partisan cesspool that CDC has become.

Patrick Howley exposes how COVID-19 is being used to exert control over American citizens, regardless of the potential danger it may or may not pose. 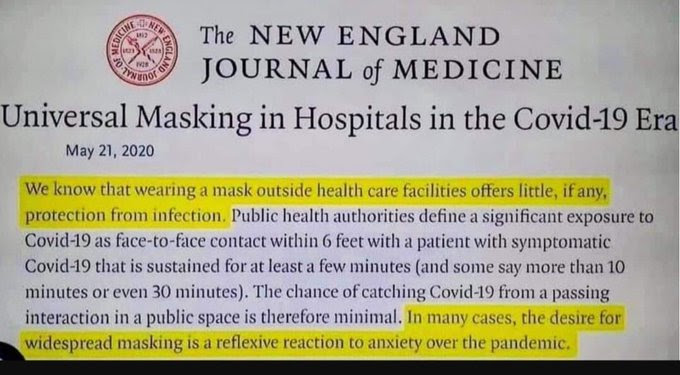 \”A 1989 Duke University study that reviewed 120 studies found a weak link between achievement and homework at the elementary level and only a moderate benefit at the middle school level. In a similar recent review of 60 studies, researchers at Duke U found assigning homework was beneficial, but excessive amounts of homework was counterproductive. The research found homework was more beneficial for older students than younger ones. The study was completed by Harris Cooper, a leading homework research and author of “The Battle over Homework: Common Ground for Administrators, Teachers, and Parents”. Cooper suggests that teachers at the younger level may assign homework for improving study skills, rather than learning, explaining why many studies concluded less benefit for younger children. Many teachers do not receive specific training on homework. Cooper suggests that homework should be uncomplicated and short, involve families, and engage student interests.\”
\”Countries that assign more homework don’t outperform those with less homework. Around the world, countries that assign more homework don’t see to perform any better. A Stanford study found that in countries like Japan, Denmark, and the Czech Republic little homework was assigned and students outperformed students in counties with large amounts of homework such as Greece, Thailand, and Iran. American and British students seem to have more homework than most counties, and still only score in the international average. In fact, Japan has instituted no homework policies at younger levels to allow family time and personal interests. Finland, a national leader in international tests, limits high school homework to half hour per night. Of course, there are other factors not taken into account in the study, such as length of the school day. But in itself, it is interesting to see this issue from a world perspective.\”
\”Some education experts recommend an end to all homework. Etta Kralovec and John Buell, authors of The End of Homework: How Homework Disrupts Families, Overburdens Children, and Limits Learning, controversially suggests that homework may be a form of intrusion on family life, and may increase the drop-out rate in high schools. The authors blame homework for increasing the achievement gap due to socio-economic differences in after-school obligations. Consider challenging your own views of the benefits of homework and try to create a level playing field when considering assignments.\”

President Donald Trump\’s recent Twitter endorsements of Archbishop Carlo Maria Viganò and Dr. Taylor Marshall have put \”the White House at odds with the U.S. bishops,\” according to two anonymous sources working for the White House. It\’s no secret that Pope Francis and Archbishop Wilton D. Gregory of Washington DC are opposed to the re-election of Trump. President Trump seems to be realigning his Catholic support with Traditional Catholics as he sees the United States Conference of Catholic Bishops (USCCB) as opposed to him. Will it work? Taylor Marshall provides commentary and analysis.