Bob Dylan – False Prophet (Official Lyric Video)
If We Don\’t Act, 2% of the People Are About To Control the Other 98%
-Michael Flynn
I was once told if we’re not careful, 2 percent of the passionate will control 98 percent of the indifferent 100 percent of the time.
The more I’ve thought about this phrase, the more I believe it. There is now a small group of passionate people working hard to destroy our American way of life. Treason and treachery are rampant and our rule of law and those law enforcement professionals who uphold our laws are under the gun more than at any time in our nation’s history. These passionate 2 percent appear to be winning.
Despite there being countless good people trying to come to grips with everything else on their plates, our silent majority (the indifferent) can no longer be silent.
When Churches and Good Causes Are Hijacked
by Mark Marshall

Today we are experiencing two hijackings, or at least attempted hijackings, with both similarities with and differences from what I experienced in the 80’s: looters, arsonists, and domestic terrorists using initially peaceful George Floyd protests to commit their crimes and the “social justice” woke Left attempting to convert orthodox Bible-believing denominations, such as the Southern Baptist Convention (SBC) and the Anglican Church in North America (ACNA), into pushing a left-of-center sociopolitical agenda. They have already succeeded with Christianity Today, CRU, InterVarsity and other major organs of “Big Evangelicalism.”
I do not presume to know whether or when walking away as I did in the 80’s is the best response. But as one who has seen too much of these sorts of things and their aftermath, may I make some suggestions? Yes, humor an old man who has seen a lot and listen.
An important first step is not to be naïve as I was in 1980. Be aware that the Left likes to hijack just about everything. Heck, they even hijack comic books and shaving products. So did you really think they would be satisfied with taking over the “mainline” denominations? Did you think they would be content with peaceful protests of the George Floyd killing and racist abuses of authority remaining both peaceful and about the George Floyd killing and racist abuses of authority?
Today’s Left has a totalitarian impulse that will not satisfied until it controls everything, including your church. Be aware of that.

Candace Owens and Marc Lamont Hill discuss race relations in America from opposite ends of the political aisle. 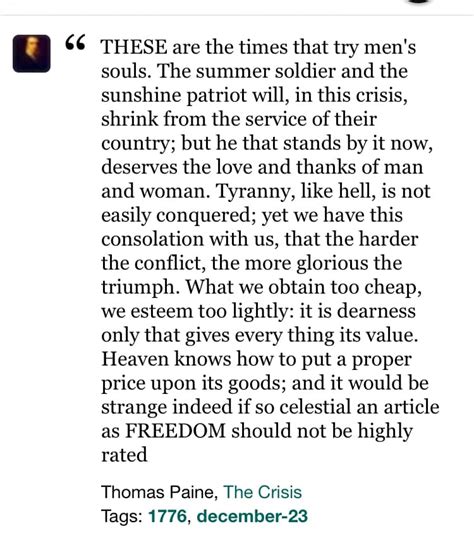 “The Second American Revolutionary/Civil War is inevitable, it is right, and it will be successful.”

Rick Joyner talks with David Barton and Brad Cummings about the sermon that George Whitefield preached to a small mining community that may have given birth to the idea that all men are created equal.

The skinny jeans. The nonfunctional glasses. The spray tans. The tight muscle shirts. The obscene shopping bill at Nordstrom. And the social justice sermons more fitting for the faculty lounge at Wellesley than for a Bible-believing church. Behold, the Woke Pastor, and he’s gunning for your White Privilege and ready to tackle America’s systemic racism, one vegan protein shake at a time.
There are myriad examples of the Woke Pastor today, with ministers falling over themselves publicly to prove their progressive bona fides in the wake of George Floyd’s awful death. Let’s focus on two in particular. Both lead megachurches on different ends of the country. Both are considered dynamic preachers with A-list followers. Both are viewed as models by media elites on how to render Christianity “cool” and “relevant” to the unchurched. And both exemplify the disturbing trend among young Christian leaders to align with culture, rather than speak truth prophetically to it….

He Used To Be Trans—Here’s What He Wants Everyone To Know: Walt Heyer

Walt Heyer is an author and public speaker who formerly identified as transgender. He is the author of several books and through his website, SexChangeRegret.com, Heyer raises public awareness about those who regret gender change and the tragic consequences suffered as a result. He shared his story and warned against implementing radical hormonal and surgical interventions for gender dysphoric children.

Dave Hayes, aka “Praying Medic,” has become one of the top researchers, decoders, and citizen journalists in the Q movement. Dave works tirelessly uncovering and sharing the truth and predictions contained in Q drops, and exposing the lies of the Deep State.

This video was recorded to provide a response to Dana Coverstone\’s 3 Dreams regarding spiritual/natural events coming in Fall of 2020. The response is intended for the Patria Ministries family, however, it is recognized that it may be shared beyond that family. It is my hope that this response both honor\’s Pastor Coverstone and adds to the understanding of the response called for by the dreams.

Eric Metaxas will help you discover the major themes of Dietrich Bonhoeffer\’s writing and speaking and how he not only helped transform an entire faith community in Germany during World War II, but how his beliefs continue to impact the Christian faith of people throughout the world today.
Filmed on location in Germany, Metaxas will take you on a religious journey of Bonhoeffer\’s faith and why it has captured so many people\’s imaginations and how it has inspired the Christian faith of so many today. Pulling themes from all of his major books, Metaxas helps us understand why these spiritual truths meant so much to Bonhoeffer and how they can be an inspiration and challenge to our faith.

Justice Clarence Thomas, one of the four dissenting judges of the U.S. Supreme Court\’s recent decision to strike down Louisiana abortion restrictions, heavily criticized the majority\’s position.
The court\’s 5-4 ruling on Monday overturned a Louisiana law requiring abortion doctors to acquire admitting privileges at a hospital within 30 miles of their clinic.
Thomas wrote that the court\’s \”abortion precedents\” are unconstitutional and that Roe v. Wade \”should be overruled.\”
\”Roe is grievously wrong for many reasons, but the most fundamental is that its core holding — that the Constitution protects a woman\’s right to abort her unborn child — finds no support in the text of the Fourteenth Amendment,\” Thomas wrote. \”Because we can reconcile neither Roe nor its progeny with the text of our Constitution, those decisions should be overruled.\”
Thomas also argued that to understand that the Due Process Clause was written to protect a right to abortion is \”farcical.\”
\”It would no doubt shock the public at that time to learn that one of the new constitutional Amendments contained hidden within the interstices of its text a right to abortion,\” Thomas said. \”The fact that it took this Court over a century to find that right all but proves that it was more than hidden – it simply was not (and is not) there.\”