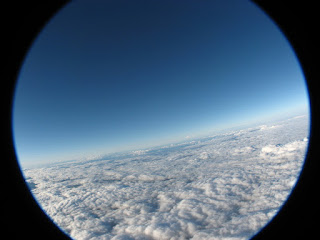 Local papers aren’t really local. They’re investments owned by lefty tycoons like Warren Buffett. As the investments become hopeless, they’re turning into non-profits owned by lefty tycoons like Jeff Bezos. If the local paper is just going to consist of recycled talking points from the Washington Post or the New York Times, then who needs the “local” paper? Local communities don’t. That’s why they’re dying.

The local newspaper is dead. The national media writing its eulogies long ago fired the fatal shot.

How representative are local papers when 62 million people voted for a presidential candidate who went on to win the election that only 6 papers endorsed? Who are those papers really representing?

Why would any of those 62 million people bother reading newspapers that have nothing to say them?

Larry Kudlow, director of the National Economic Council, joins \”Squawk on the Street\” to discuss the economy, bonds and more.


Boys Will Be Girls … and Feminists Will Be Furious
-Richard Bernstein

Although religious figures and people on the right have challenged the transgender movement, the conflict with WoLF involves feminist stalwarts of the social justice left who support their fundamental rights but reject the idea that a man can truly become a woman, or vice versa.

Specifically, the ire of trans activists and their supporters has been aroused by some basic positions taken by WoLF and others, namely: 1) that a person\’s sex is biologically determined and can\’t be changed, even by surgery; and 2) that the pieces of legislation passed or pending in several countries and American states to extend civil rights protections to transgender people, usually called Equality Acts, are wrongheaded and harmful to women and children.

“When the Mueller people came knocking at my door, they started quizzing me on stuff that I didn’t have access to and didn’t remember 100 percent accurately, and it allowed them to say, ‘well you must be lying then,\’” McFarland told WMAL hosts Vince Coglianese and Mary Walter.
Walter asked McFarland why she wasn’t in the same position as Flynn, who ended up pleading guilty to a crime he didn’t commit (after Mueller threatened to bring criminal charges against his son). She replied: “because I didn’t break.”
“They gave me the distinct impression after … 20, 30, 40 hours of hell that they wanted me to either plead guilty to a crime I didn’t feel I committed, or to talk about other people having done things that I didn’t think they had done,” she explained.
The former Trump aide told the hosts that the Mueller interrogators didn’t come right out and say they wanted her to cop a plea, but that “was the impression they conveyed.”
McFarland, a foreign policy and national security expert whose political career goes back to the 1970s, said she’d had “a really hard time of it” and almost broke herself.
“At one point, I turned to my lawyer and said, ‘just tell me what they want me to say and I’ll say it!\’” she recalled.
McFarland told the hosts that she just wanted the ordeal—which cost her hundreds of thousands of dollars in legal fees—to be over with.
“My husband, God bless him, said ‘you can’t do that. Even if we go bankrupt,” she continued. So McFarland decided to stand her ground.
“I finally said, no, you’re going to have to charge me with a crime,” she said. “At that point, they went away because I couldn’t give them what they needed to spin their web.

Information on the Enneagram’s occultic roots:

Tell Me who I Am, O Enneagram

-Fr. Mitchell Pacwa, S.J.
Fr. Mitchell Pacwa, S.J., was a professor of Scripture and Hebrew at Loyola University of Chicago when this written. His book on the New Age movement, Catholics and the New Age: How Good People are Being Drawn in Jungian psychology, the Enneagram, and the Age of Aquarius, included two chapters on the enneagram and was published in 1992.
The Not-So-Sacred Enneagram: A Book Review of The Sacred Enneagram by Christopher L. Heuertz
-Kenneth Berding
Several of my college students in recent days have asked for my opinion about the Enneagram of Personality.  It turns out that while I’ve had my nose stuck in my Greek New Testament, the Enneagram has become all the rage.  So I decided to hunker down and educate myself about the Enneagram.  My initial take is that some people use the Enneagram merely as a personality test to help them become aware of their character traits and negative propensities.  If that’s all there is to it, then there is little about which to complain.  But my initial foray into all-things-Enneagram suggests that there often is a spiritual side to this diagram-of-types.  That spiritual aspect ranges, on the one hand, from disturbingly false religious ideas, to more mundane personality analysis, on the other.  But even the most mundane appearances of the Enneagram still often include a claim that there is “spiritual” insight to be gained through its use, so Christians behoove themselves to critically evaluate whether the tool they are utilizing is biblically-rooted and God-honoring…or not.