“Sleepest or wakest thou, jolly shepherd?  They sheep be in the corn: And, for one blast of thy manikin mouth, Thy sheep shall take no harm.” 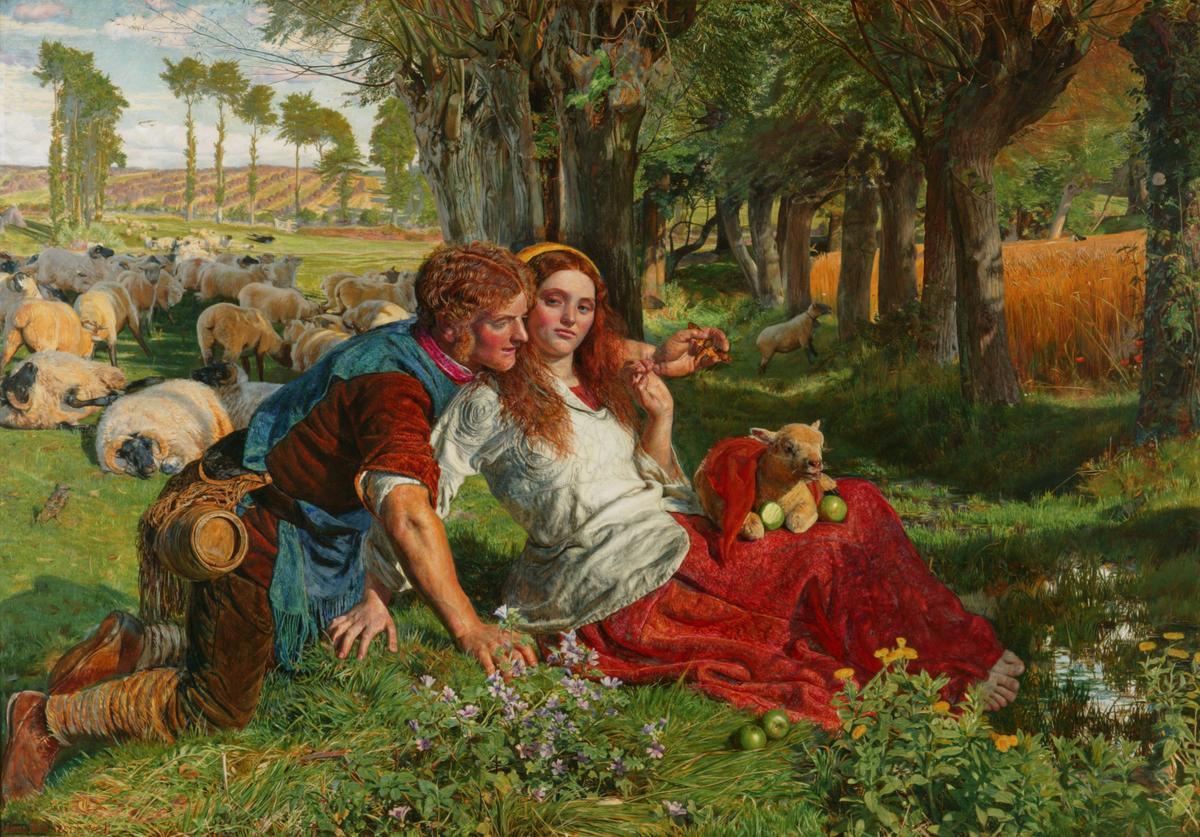 ”Shakespeare’s song represents a Shepherd who is neglecting his real duty of guarding the sheep: instead of using his voice in truthfully performing is duty, he is using his ‘minnikin mouth’ in some idle way. He was a type thus of other muddle headed pastors who instead of performing their services to their flock – which is in constant period – discuss vain questions of no value to any human soul. My fool has found a death’s head moth, and this fills his mind with forebodings of evil and he takes it to an equally sage counselor for her opinion. She scorns his anxiety from ignorance rather than profundity, but only the more distracts his faithfulness: while she feeds her lamb with sour apples his sheep have burst bounds and got into the corn. It is not merely that the wheat will be spoilt, but on eating it the heep are doomed to destruction from becoming what farmers call ‘blown.’”