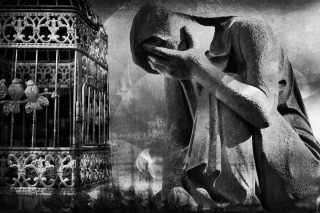 If you have some time, open your Bible to Luke 13.  I will be going back to it a lot.

I started writing this post, this past fall.  After the two hurricanes.  Before Las Vegas.

This post is about how to respond.  The Bible has a lot of wisdom on this.

Every week, we all encounter people who are going through losses and tragedies.  How do we respond and what do we say and how can we pray?

The platitude, “everything happens for a reason”, is a false statement that is an example of this.  Another one, is to respond by saying that, “we are (just) in awe of God, at his sovereignty”.

This is not at all how Jesus responded.

Pause and reflect on the truth, that we never see Jesus saying things like this.

On the human plain, we think in terms of cause and effect.  In the stories, in Luke 13, when they asked Jesus about the people who died, he said that it was not punishment for their sinfulness.  And he said that we should all be living in repentance or we will perish.

Luke 13 applies to all the stories, when people have died in tragedies.

Right after Jesus clears things up by saying that God does not arbitrarily do things like this, people read his next words, misunderstanding that God indeed does do what Jesus says He does not.  Jesus was saying that we ought to live in repentance, so that we do not die in our sins.

“Or those eighteen that the tower in Siloam fell on and killed—do you think they were more sinful than all the other people who live in Jerusalem? No, I tell you; but unless you repent, you will all perish as well.”

“For God loved the world in this way: He gave his one and only Son, so that everyone who believes in him will not perish but have eternal life.”

In John 3, Jesus is talking to Nick about life and death.  He is saying, “choose life over death”.  He is saying that through him, you can live forever rather than dying.

Jesus is not saying that God will kill you or that you will die in a bad way, if you don’t live right.  Jesus specifically said that the victims who died were not executed by God.  He did not gossip about their standing with God and ultimate destiny.  Instead, Jesus turned the question back on the askers.

Do you get it?  If we ask Jesus why those people died in Las Vegas, he would say the same thing: “Do you think those people were more sinful that you all, because they suffered that way?  No!”

Same answer about people who died in the hurricanes, floods, and fires.  “No!”

Does God send disasters?  No.

Unfortunately some Christians have a different view, believing and teaching that God does send these.

I heard a retired megachurch pastor and author of thirty books espouse this view, the week after the hurricanes Harvey and Irene, ‘that God does send disasters’.

He cited the flood, but forgot the rainbow.  He also spoke from a dispensational viewpoint about the book of Revelation, acting like this (dispensationalism) is the only explanation, that all Christians believe.

Another famous Christian leader wrote and published a prayer, about the devastation caused by the hurricane last summer, in Texas.

Much of what this prayer said is true, like God is mighty and merciful and we should ask for mercy.  But the flavor or tone of his whole prayer seemed to be about judgement and power and condemning people.

It was all this high belief in God with very little love for the people God so loves.  Is this what a good percentage of Christians believe?

The critique of this kind of Christianity is not just the beliefs, but the intellectual stoicism that does not know how to lament.

There is also this narcissism, where we shed tears and love our ideas about God, rather than the real God and the people God loves.

Lack of love is the top problem with Christians.  If we don’t know God’s love, how can we love people with that love?

We argue about theology, soteriology, eschatology, and ecclesiology, but we don’t know the affection of the Father.  We have all these arguments.  You can hear them in Sunday sermons.

Many Christians see themselves as big on love.  But we have deceived ourselves in that we love our view of the truth, or doctrine, beliefs, and creeds instead of a person and the people God loves.  We judge people all the time and call it love, because we love our truth.

We are a people who have loved what we think and see the truth as being, rather than loving God and loving the people God loves.  And we self identify as lovers. But we have much hate, while at the same time identifying as lovers of the truth.

Many of us can not even talk with people we disagree with and we do not know how to listen to a contrary viewpoint without reacting.  Critical thinking is a lost art.  Round table discussions are very rare.

The indifference to the suffering of people and the platitudes spoken and prayed are our problem.

Caring for and about people is the whole thing.  But we have made teaching and then knowing the right theology the whole thing, or at least the main thing.

We are left with arguments without love.  Lots of anger, but it is selfish, narcissistic anger that is angry that others don’t get it, don’t agree.

We should rather be broken hearted, like Jesus was.

When we look at a tragedy and think, why did this happen…..   they must have deserved it for some reason…  We are completely off and out of the heart of God.

The shortest verse in the NT might be the most revealing verse about Jesus and about God’s heart:
Jesus wept.
He did not weep for himself, but he wept for others.

And at the end of Luke 13, that begins with the questions about the tragic deaths; Jesus says this statement that reveals his heart:

“Jerusalem, Jerusalem, who kills the prophets and stones those who are sent to her. How often I wanted to gather your children together, as a hen gathers her chicks under her wings, but you were not willing!

That is love.  Relentless, sacrificial love.

We misunderstand Jesus when we read this and say that this teaches that God says everyone deserves to die: and even in a bad way, under terrible circumstances.

At first glance, we could interpret Jesus words that way, if we have a certain view of God and God’s nature.

If we don’t know God, we are going to misinterpret God.  We are going to think he is like us.  We will be like orphan children on school yard.

The view that God is in control of everything and everything happens for a reason, that leaves out freedom of choice, powers and principalities, Satan, angels and demons; is very problematic.  It is robotic, mechanical, and scripted.

What is twisted about this view and wrong, is that it assumes that God caused or ‘scripted’ Pilate to do the evil thing he did and that God caused the tower to fall.  Why?  Because (they believe) God is in control of everything.

That view also does not have the time or the compassion to explore the person of Judas Iscariot, because we believe that he was ‘scripted’ by God to play that role.  I’m not sure if they would also say it was God’s plan for Satan to fall and then for Adam and Eve to fall.  Was king Saul also set up by God for failure?  Was king David’s abuse of women God’s will too?

Is it your view, that we are all living out a script, like robots of animated drawings?  Satan’s work, cancer, and the holocaust all are God’s plan, his script so to speak?

This view would say that disasters like tsunamis, hurricanes or bridge collapses are “the most merciful message” or “the most precious message”, signifying the need for the rest of us to get right with God.

Further down, in Luke 13, we have another story of human suffering, also not caused by God:

As he was teaching in one of the synagogues on the Sabbath, a woman was there who had been disabled by a spirit for over eighteen years. She was bent over and could not straighten up at all. When Jesus saw her, he called out to her, “Woman, you are free of your disability.” Then he laid his hands on her, and instantly she was restored and began to glorify God.

Quoting Greg Boyd, “This is what we find throughout the Gospels. They uniformly identify infirmities (sickness, disease, deformities, disabilities) as being directly or indirectly the result not of God’s punishing activity, but of Satan’s oppressive activity.”
Jesus says that Satan caused this woman’s suffering, not God.  This gives us a clue about Jesus worldview that we should also adopt.  Satan and his team are free agents, within boundaries, set by God.

The idea that God causes disasters that kill people was popular in the first century, to some extent.  The argument could be made from OT stories.  But Jesus came and clarified all that.  He did not preach a hyper grace message, and it certainly is orthodox to say that Jesus and the Apostles would say that sin brings death.

Jesus took on the judgement of God for the sins of the whole world.  Even if God ever punished people for their sins, through disasters or anything else; after the cross, that is finished.  Jesus work on the cross dealt with sin: all sin, past, present, and future.

It is very strange to say that God punishes people, specifically and especially, by killing them, for their sinfulness.

It is also very strange to look at devastation as say, “we all deserved that (punishment) disaster”.

How can you believe in a God who settled or paid the high price for sin, but still randomly punishes sinners for their sins?

Is not the message that God could punish us for our sins, but instead Jesus died on the cross?  We need to have faith, yes we do.  We can not get forgiveness and be cleansed unless we come to God, who first draws us.  That is the way God has lovingly provided.

Even if the Old Covenant framework was for God to teach a lesson through disasters, we are not in that framework any more.  We are in the era after the cross.

Jesus and his work is the center, and the interpretive key to everything.

Why the W35 bridge Collapsed, by Greg Boyd
Putting My Daughter To Bed  Two Hours After The Bridge Collapsed, by John Piper
Hurting With God- Learning To Lament, by Glenn Pemberton
Chaplain Mike, Against Sermonic Neo-Puritan Prayers